Climbing equipment  can be hired at our head office separately

From Kitandara, take on the trail that ascends steeply up the headwall, spreading out from the base of Mount Baker and continuing along the south side of the mountain to Fresh field Pass 4282m asl. At this point you can view into the Congo to the west and Mount Stanley to the north. From the pass, take on the long high alpine mossy. Thereafter start the descend through steep rocky trails and the rock shelter at Bujongolo, the base camp for the historic expedition by the Duke of Abruzzi in 1906 and then an overnight at Guy yeoman camp. 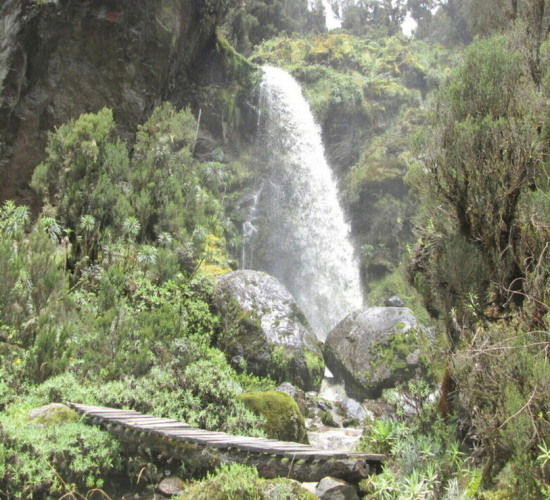